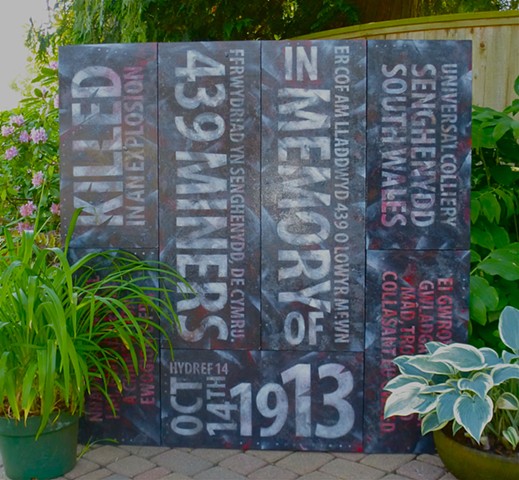 The text used in this large painting is based on the recorded facts about the worst coal mining disaster in British history, that happened on October 13, 1913, in the small Welsh village of Senghenydd. Four hundred and thirty-nine miners lost their lives, some of whom were those that attempted to rescue the original victims in the initial explosion and resulting fires. The painting marks the special centennial commemoration on October 2013 in that community. The text is English with a Welsh translation.

The aim was to compact the text, to be read in various directions, and to give an impression of the claustrophobic blackness of an underground coal mine. The gleam of the coal surface is accentuated with the use of a gloss varnish over the acrylic paint.